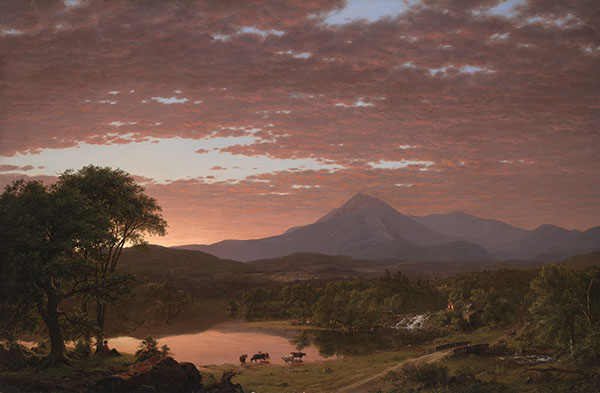 In the mid-19th century, Thomas Cole’s pupil Frederic Church (1826–1900) was America’s most famous artist. Church’s Mt. Ktaadn from 1853 resulted from a trip deep into the wilds of Maine, which he took after he read Henry David Thoreau’s writings. The views that Church actually saw on his travels differed from what he chose to paint, and this lecture explores how and why he altered the appearance of the actual landscape. Generously sponsored by the Martin A. Ryerson Lectureship Fund

In each of the six lectures in this series, John Walsh, B.A. 1961 and Director Emeritus of the J. Paul Getty Museum in Los Angeles, selects a well-known American painting in the Gallery’s collection and examines the similarities and differences between the depiction and reality, retracing the artist’s steps to the original vantage point in an attempt to work out just what happened when the painter returned to the studio.

Note: This lecture is the second in the series American Views, Viewpoints, and Manipulations. All lectures are held in the Robert L. McNeil, Jr., Lecture Hall. Seating is limited. Doors open one hour prior to each lecture. Free tickets to the lecture are handed out in the lobby beginning one hour prior; ticket holders are guaranteed a seat.